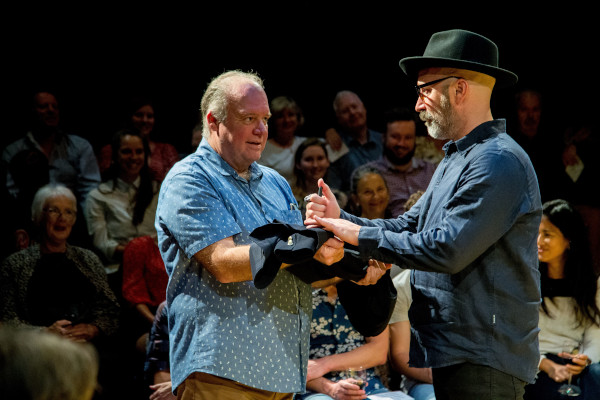 Every Brilliant Thing has only one cast member – in this case, Luke Hewitt – playing an unnamed character who narrates the story of his life, beginning with his mother’s first suicide attempt. The then-seven-year-old child begins writing a list of the brilliant little things that make life worth living. Over the years, he revisits the list, as he grows into adolescence and adulthood, and his mother makes further suicide attempts.

But while there’s only one cast member, audience members are called on to play other characters and read from the narrator’s list of things. The interactive element is what makes the show, giving it a certain unpredictability that reflects real life. Having said that, Hewitt really does carry the play with his engaging performance and great comedic timing.

Every Brilliant Thing was equal parts touching and hilarious, encouraging us to think about issues of mental health in a welcoming environment – and perhaps even practise gratitude over the course of an hour and a half. Given the current state of the world, it’s a very topical play. Sometimes laughter is, maybe not the best, but an important medicine for the cabinet.

Every Brilliant Thing, presented by Black Swan State Theatre Company, is on at Studio Underground at the State Theatre Centre of WA until 18 September.