The Chaperone at Luna 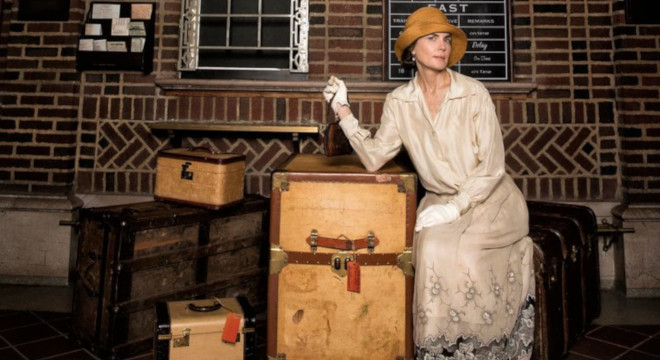 After a bracing walk through the suburb of Nedlands, my partner and I finished up at the Windsor Theatre, which was hosting a preview of Downton Abbey screenwriter Julian Fellowes' latest work – The Chaperone.

As Downton Abbey fans, we were looking forward to something a little different but just as enjoyable, and The Chaperone lives up to that promise.

The story is set in prohibition era America, circa 1922, and the action begins in the backwater of Wichita, Kansas, in Midwestern USA. The main opening scene sets the tone for the rest of the film, introducing us to most of the main characters, and hinting at some of the tensions and secrets buried beneath the facade of genteel society.

We are taken to a small-town recital, where the free-spirited prodigy Louise Brooks (Haley Lu Richardson) is giving a dance performance accompanied on piano by her maestro mother. Louise has been offered a place at the prestigious Denishawn school in New York, but needs a chaperone to accompany her – the time is 1922 after all, and 16 year old girls cannot be roaming around big cities by themselves!

Norma (Elizabeth McGovern) is impressed by Louise's performance, and offers to look after Louise in New York, surprisingly standing firm against the wishes of her husband. We are soon to find out that she has reasons of her own for wanting to go to New York, more of which will be revealed as the movie progresses.

The agreement is made for Norma to act as chaperone for Louise, and the pair set off via train to find their respective goals, and as they say in the movies, complications ensue as the duo both come of age during their brief time together, with the older Norma perhaps having further to go than the young but worldly Louise.

There are enough interesting plot points along the way to keep your attention, and at 108 minutes the movie has a nice pacing where the story is given time to develop without feeling rushed or leaving you feeling bored. With wonderful performances by McGovern and Richardson, and a great supporting role by Géza Röhrig as Joseph, The Chaperone is an entertaining trip back to a time where society was very different to today, but people, with all their problems, dreams and loves, were much the same. Recommended for anybody who likes a good character driven movie, not just for the Downton Abbey devotees.