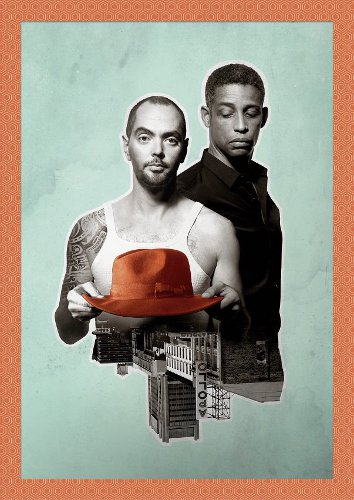 What the f*ck? It’s not our usual thing to spout profanities on Perth Walkabout, but the title of the Black Swan State Theatre Company’s first play for the season did rather catch my attention. To be shown at the Studio Underground, State Theatre Centre of WA, “The Mother F**ker with the Hat” promises a comedy of laughs set amongst New York’s Puerto Rican community.

Though it has been touted as a comedy, upon reading through the promo, the play also looks to have some intense drama, with the themes of drugs, love, and jealousy thrown into the mix.

The main character in the play is Jackie, a petty drug dealer who is trying to come clean. Lo and behold, he finds a man’s hat in the love nest that he shares with sweetheart Veronica. And so the scene is set for comedy and dramatic tension as the different characters make their entrance.

“A mix between a sit com, Hispanic telenovela and true crime documentary.
It’s hysterical, irreverent and as foul-mouthed as it is funny.”

The play first hit Broadway in 2011. Writer Stephen Adly Guirgis is an American playwright who was raised on the Upper West Side of New York City by an Irish American mother and an Egyptian father. Other plays that he is well known for include "Jesus Hopped the 'A' Train", "The Little Flower of East Orange", "Our Lady of 121st Street", and "The Last Days of Judas Iscariot".

And if truth be told, Laura Collins-Hughes from the Boston Globe reported last year that Guirguis nearly abandoned  writing the conclusion of this play. We should be glad he didn’t because the play is set to be a ripper.

So as I exclaim “what the f#ck?” be glad that it is said in jest and is for a good cause, because I think “The Mother Fucker with the Hat” will be a winner.

It’s also a great way to kick off the play to celebrate the beginning of the season of the Fringe World Festival 2013, a much awaited event in Perth each year.

Tickets can be purchased through ticketek.com.au