WAAPA Program of Events in March 2014 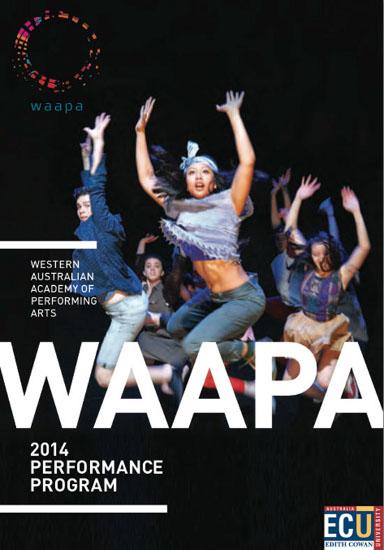 The launch of the Western Australian Academy of Performing Arts (better known by its abbreviation WAAPA) program of events for 2014 is drawing near. Discover what’s in store for us in the coming months with a round up of WAPAPA events starting with the month of March:

"Beach is the quintessential Australian play – a story of an Australian beach, from sunrise to sunset." (WAAPA)

Written by Timothy Daly and Directed by Michael McCall, Beach is a journey that takes up through events that have shaped our national dreams as well as nightmares. The play will be performed by second year Music theatre students and will run from the 14th to 20th of March.

The Resistible Rise of Arturo Ul

At the Roundhouse Theatre, acclaimed British actor and director Michael Jenn returns to WAAPA to direct this dark comedy that will be showing from the 14th to 20th of March. Written by Bertolt Brecht, the Resistible Rise of Arturo Ul recasts the rise of Hitler as a small-time gangster. It will be an interesting show to watch this year and worthy to note that all the characters and groups in the play have a direct counterpart in real life.

"Thesmophoriazusae is though to be a brilliant and inventive comedy, full of wild slapstick humor and devastating literary parody." (WAAPA)

Definitely a hard to pronounce event that will happen at the Amphitheatre this 15th to 20th of March. Thesmophoriazusae had its roots from the ancient history of Athens. First performed in Athens in 411 BC, it is said to be one of Aristophanes’ 11 surviving comedies. This translation by Alan H. Sommerstein.

On the 15th to 22nd of March, let your hair down and let the sun shine as WAAPA’s theatre students take to the stage to perform Hair. Hair is the original Broadway rock musical that defined an era, and has been described by the New York Times as the ‘Ultimate American rock musical.’ Experience WAAPA's take on this popular performance at the Geoff Gibbs Theatre.

The WAAPA Virtousi performs A Soldier’s Tale – a famous Russian folktale about the value of human spirit in the face of greed and materialism. The ensemble of both WAAPA students and staff will be joined by the charismatic narrator Julia Moody, with the event happening on the 20th of March.

WAAPA in the Park

Experience WAAPA in the park at the Ron Stone Park, Bradford Street, Mount Lawley this 22nd of March at 7pm. Enjoy a magical evening under the bright sky and stars. The Big Band and Contemporary Music students will lead the performances. Notable performers include Ellington, Bassie, Mingus and funk, soul and pop hits by the likes of Lorde, Stevie Wonder and Michael Jackson. Suitable for the whole family to enjoy.

The Spectral Music shows on the 27th of March at the Music Auditorium. This genre of music was developed in France in the 1970 and taps into the inner reality of sound. WAAPA’s new music ensemble AXIS 21 will present the works inspired by this subtle and ephemeral music.

WAAPA’s music theatre students and the Defying Gravity percussion ensemble will perform at the Fremantle Arts Centre on the 28th of March. It will be a night of songs and rhythms suitable for the whole family to enjoy.

On the 30th of March, WAAPA and the Percussive Arts Society will present the 2014 WA Day of Percussion at the Music Auditorium and Handa Studio. It will be an all day festival including performances, drumming workshops, demos and more - one for the percussion enthusiast. Event starts 10am to 4 pm.