This is the second installment of a two part guest post by Keith Lightbody on Birds in Perth.

Note: Some of the locations mentioned below are not readily accessible by public transport.

Perth has some great lakes and nature reserves within 1 hour from Perth by car. A bonus for bird watchers at these locations is that the birds can often be quite relaxed when you show up with binoculars or a camera as they are used to the many people who go to these great outdoor places. I have only mentioned a few examples below - for more bird locations visit the Birdlife Australia website.

A great site that usually has hundreds of water birds such as black swans, egrets, grebes, swamphens, hardhead, pink eared and blue billed ducks.  Directions: from Perth head north for about 4 kilometres on the Mitchell Freeway, then exit on to Vincent Street/Lake Monger Drive. 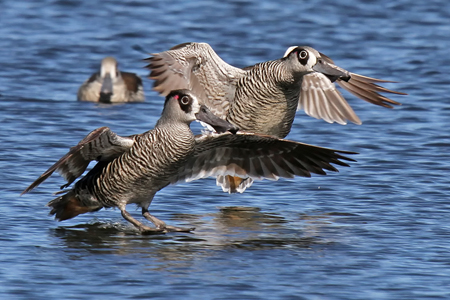 This is a huge wildlife sanctuary about 2 kilometres across with dredged areas of permanent water around the sides. The Herdsman Lake Wildlife Centre is at the southern end. Birds that can be seen here include night herons, grebes, spoonbills, ibis, ducks, thornbills, cormorants, stilts, pelicans, black swan and many others. This lake has a lot of dense reed vegetation - be careful as there are poisonous Tiger Snakes in the area (they are particularly active during spring and summer).

Directions:
from Perth head north for about 6 km on the Mitchell Freeway, then exit on to Powis Street. You can go south to the Churchlands side or north to the Osborne Park side. 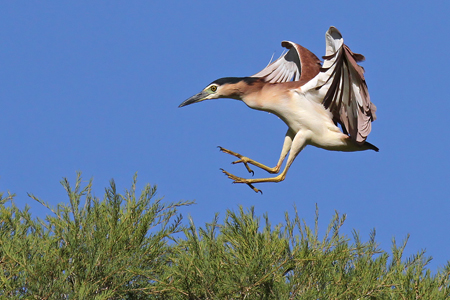 This is an elevated area of natural bushland that in parts overlooks the Swan River. Birds that can be seen here include wattlebirds, kookaburras, pardalotes, ravens, honeyeaters, black cockatoos, cuckoo shrikes, magpies and rainbow bee eaters (October to February). During spring this spot also has an excellent range of wildflowers.

Directions:
from Perth head south for about 6 kilometres on the Kwinana Freeway, then exit on to Canning Highway for about 3 kilometres before turning left up Cunningham Street. 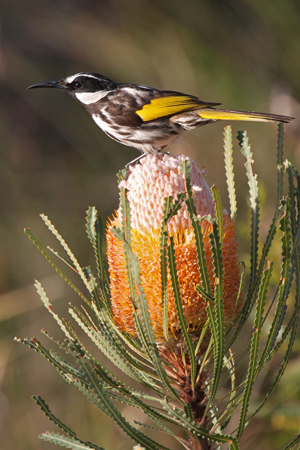 This is an area with some natural bush, an artificial lake and large areas of parkland planted with local trees. Birds that can be seen here include wattlebirds, kookaburras, pardalotes, ravens, honeyeaters, black cockatoos, cuckoo shrikes and magpies. This is a great location for observing red tailed, carnaby and baudin black cockatoos as there is a wide variety of trees with suitable seeds for each species to eat e.g. marri, jarrah, banksia, casuarina, yates, pine, etc.

Directions:
from Perth head south for about 10 kilometres on the Kwinana Freeway, then exit on to Leach Highway. The environmental centre is off Leach Highway but the main parks around the lake are best accessed off Murdoch Drive. 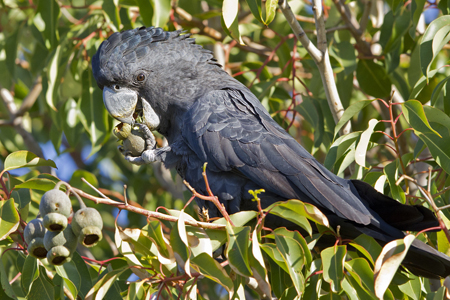 An amazing small island full of seabirds that is only a 5 minute ferry ride from the mainland. The island has some nice beaches, low limestone cliffs, pathways and some restricted areas where the birds breed.  Some of the birds that can be seen here include penguins, pelicans, fairy terns, gulls, terns, oystercatchers, osprey, darters and cormorants.

Directions:
from Perth head south for about 40 kilometres on the Kwinana Freeway, then exit right on to Safety Bay Road and travel another 10 kilometres before following the Tourist Drive around Warnbro Sound to the Penguin Island ferry terminal. 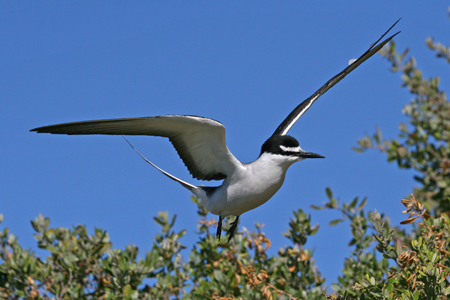 This was farmland before large amounts of clay were removed from several different pits in the 1980s. Rehabilitation of the area by Alcoa in 1990 has resulted in a large wetland complex with hundreds of birds inhabiting the many permanent lakes, especially when pools of water elsewhere have dried up during a dry summer. This is a great location for watching pelicans as they regularly arrive and depart. Be careful when walking as there are poisonous Tiger Snakes in the area (they are particularly active during spring and summer). Other birds present include ibis, ducks, grebes, swans, spoonbills, parrots, fairywrens, pardalotes, honeyeaters, kites, kestrels, cormorants, butcher birds, herons, whistlers and thornbills.

Directions:
from Perth head south for about 35 kilometres on the Kwinana Freeway, then exit left on to Mundijong Road. 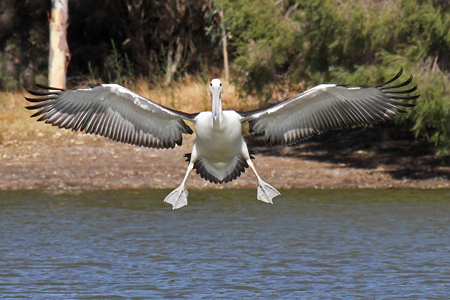 This is a huge area of natural forest along the Darling Scarp. At the upper level near the Wungong Dam there are large permanent pools of water. Tracks can be followed downstream all the way to South West Highway. There are many pools and the stream normally flows most of the year. Birds present include parrots, fairywrens, robins, sitellas, pardalotes, firetail finches, honeyeaters, eagles, butcher birds, silvereyes, raven, black cockatoos, whistlers, rosellas and thornbills. Be careful in some areas with large black ants - they will bite or crawl up your legs if you stand too close.

Directions:
from Perth head south for about 20 kilometres on the Kwinana Freeway, then exit left on to Armadale Rd and travel another 15 kilometres. After Armadale: either travel south east on Albany Highway before turning right in to Admiral Road for Bungedore; or travel south on South West Highway for about 3 kilometres until you reach Wungong Brook. 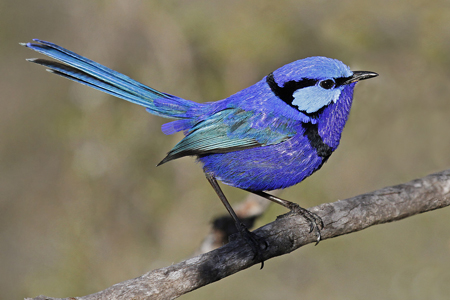 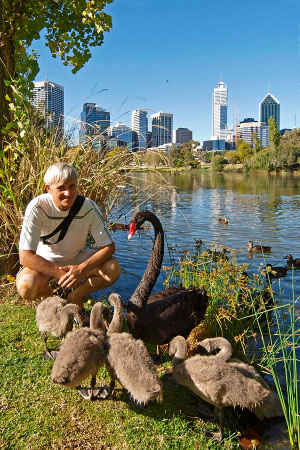 Keith Lightbody is a local photographer who has had a keen interest in nature since growing up in the country. He works in East Perth but travels a lot and is always on the lookout for interesting wildlife. Some of his photos are online at http://www.zardec.net.au/keith/photos.htm