Supermarkets reflect the culture of a country, and even neighbourhood, which is why it isn’t terribly uncommon in large cities to see travellers wandering up and down every aisle marvelling at what is on offer. In Perth there are a multitude of local and/or open-air markets, but when it comes to supermarkets the main players are Coles, IGA and Woolworths.

People tend to want to know which of the three brands is better. You’ll hear all sorts of positive and negative opinions about each one, but this all depends on the neighbourhood and who you ask. The news often has stories, especially around the holidays, about which store is cheaper for a variety of items. Typically, Woolworths and Coles are the cheaper of the three, but not always. For fresh fruits and vegetables it is normally cheaper, and more fun, to get them from a local outdoor market, but most other goods are pretty comparable across the board. 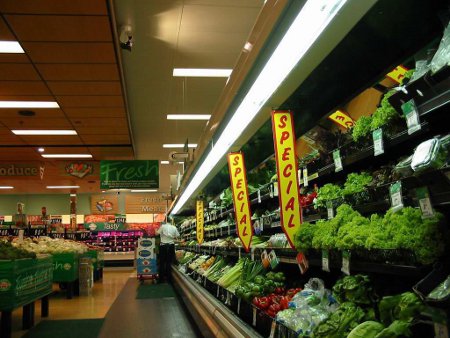 When planning your shopping based on price, you also need to consider how much time and petrol it will cost you to get there. Convenience often trumps price. I shopped mainly at Coles because it was around the corner from where I lived and I liked their muesli best, but there was a Woolworths on the ground floor of where I worked, so sometimes it was just easier to shop there. Most shopping centres have at least one supermarket in them, some have several. This makes it easy if you want to get all your shopping done in one stop.

Planning when to go shopping is becoming less important with the increase of extended shopping hours, but many supermarkets are still only open limited hours on Saturday and Sunday, some remain closed on Sundays. Shopping after work during the week tends to be easiest, with most supermarkets staying open till 9pm.

On public holidays, supermarkets located in major shopping districts tend to be open for limited hours, where as your neighbourhood one most likely will be closed. This is why it is extremely helpful during the holidays to plan ahead if you don’t want to drive across town to restock your pantry and refrigerator. With where the holidays fell last year, our neighbourhood Coles was closed for four days in a row two weeks in a row.

Once you’ve figured out where and when you want to shop you get to the fun part, the food. If you’re new to Australia you should pick up some iconic Aussie staples such as Vegemite and Tim Tams. Considering Vegemite’s reputation outside of Australia, one woman I worked with always gave her visitors some Tim Tams first to assure them that Australian favourites are actually quite good, and then she would share the rather unique flavour of Vegemite with them. Pick up one of the small lunch sized containers of Vegemite if you want to try it without committing to a whole jar. 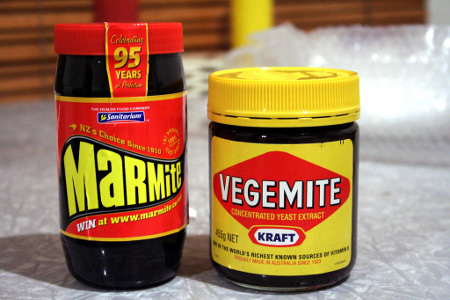 Support your health, the local economy and the planet by looking for products that are grown or produced in Australia. Look at where a product, especially produce, is from. Not only will buying avocados grown in Australia rather than Chile support the country’s economy, but it will also provide you with a product that has more nutrients, because it’s fresher; and better tasting, because it could be picked ripe since it didn’t need to be shipped thousands of kilometres across seas.

With the global landscape becoming smaller every year many aspects of supermarkets are very similar no matter what country you’re in, but pay attention to the small details and you’ll see unique differences. In the canned food isle, there are the staples of beets, legumes and such. More unique are the numerous variety of canned asparagus spears and mushy peas.

It is also interesting to note where items are displayed. I love to bake and one of the ways to lower the fat content is to replace the oil with apple sauce. After nearly six months of searching I finally stumbled upon large jars of apple sauce in the condiment section, the lunch sized containers are with the fruit preserves. I’d looked in the canned good section, the spread section, the preserved fruit section and the health food section, but no luck. This is because in Australia, apple sauce is used more as a condiment for meats than anything else.

No matter what market you choose, don’t forget to bring your reusable bags. Not only is it better for the environment, but it might also save you some money. Many markets will take off a few cents off your bill when you bring your own bags. Not to mention, there is practically no risk of the bag ripping open and spilling, and sometimes breaking, your purchases.

Local markets will often have a more eclectic selection of goods specifically reflective of where they are located. However, supermarkets are a convenient, reliable source of almost all your needs that still maintain subtle differences between countries and neighbourhoods. It’s these little differences that make even a basic trip to the supermarket a mini adventure.

What are your supermarket adventures either here or abroad?