Flickerfest: The Hottest Shorts around Town 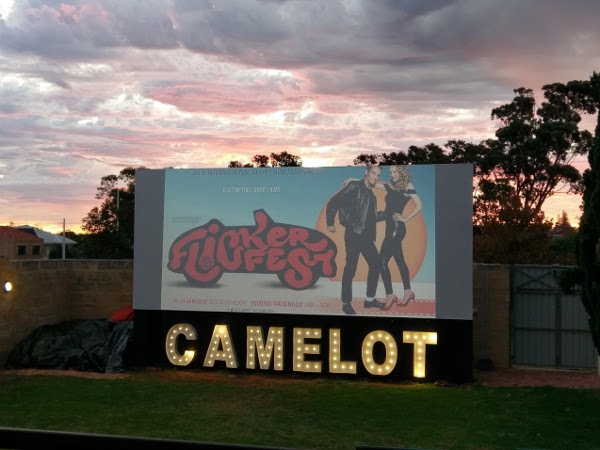 Diehard fans turned up at the Camelot Outdoor Cinema yesterday evening rain, hail or shine to kick off the opening launch party of Flickerfest 2020 in Perth.

A special shout out to Perth local film makers who were featured on the opening night. Father and son team Jay Jay and Radheya Jegatheva with The Quiet (the contemplation of an astronaut out in space), director and writer David Vincent Smith for Featherweight (as the writer) and I’m Not Hurting You (as the director) (a topical one on meth addiction), Freo local Lewis Attey for his Three Stories inside a Local Van and Jamie Helmer for The Diver (as co-director).

This weekend Flickerfest will feature the EU short film showcase on Friday 28 February and will finish up on Saturday evening 29 February with a short laughs comedy theme.

The EU short film showcase will feature films from countries across the region from France to Germany to The Netherlands – sharing stories on life’s poignant moments, true love, strange events and more.

The short laughs comedy night are curated picks from the Flickerfest comedy program that were shown in Bondi recently.

Head on down to Mosman Park to enjoy the relaxing ambiance of the Luna Palace Camelot Outdoor Cinema and to watch a combination of entertaining, inspiring and funny films at #Flickerfest2020.

Editor’s Note: the on site woodfired pizza and drinks are the bomb!

For residents in country WA, you can catch Flickerfest 2020 at the following locations: