What’s on in Perth over this WA Day long weekend?

It's here again - so get your walking shoes on and join a Jane’s Walk.

Inspired by Jane Jacobs, it is a free citizen led walking event that is held around the same time each year in over 190 countries around the world.

Jane Jacobs was a famous urban activist whose book “The Death and Life of Great American Cities” challenged traditional urban planners of its time, and highlighted the key concepts of social capital, mixed primary uses, and “eyes on the street” in creating liveable cities.

As Jacobs remarked at the time:

“Cities have the capability of providing something for everybody, only because, and only when, they are created by everybody.”

This year, there will be 3 awesome citizen led Jane’s Walks around Perth – Northbridge, Victoria Park and Fremantle. 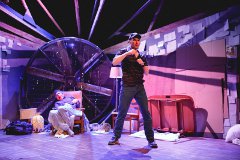 Set in modern day America, Isaac returns home from 3 years of war hoping to regain some sanity, only to find that his family have gone off the deep end in his absence.

His baby sister Max is now his testosterone filled brother, his Dad has had a stroke, and his Mum – where do you start?

The complex themes that are explored in this play are reflective of the turbulent times in which we live, both at an individual and family level as well as at a broader societal one.

On Body and Soul at Luna

Is it possible that two people can have the same dream?

This question is posed by Hungarian director Ildikó Enyedi in his latest film On Body and Soul.

Winner of the Berlinale Golden Bear and nominated for the Academy Award for Best Foreign Language Film, the movie follows the romance between the two main characters - Maria, a quality controller and her boss Endre, working at a slaughter house in Budapest. 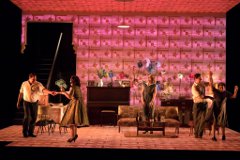 Set in the Melbourne suburb of Carlton in 1953, Summer of the Seventeenth Doll tells the story of a group of companions and their long-standing tradition.

Roo (Kelton Pell) and Barney (Jacob Allan) are two mates who work seven months a year cutting cane in Queensland before coming down to Melbourne to stay with Olive (Amy Mathews) and her mother, Emma (Vivienne Garrett).

The play takes its name from the kewpie dolls that Roo gives Olive each year – this marks the seventeenth year of their relationship.

The Guernsey Literary and Potato Peel Society at Luna 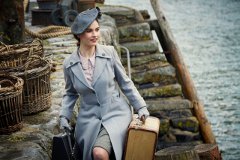 The much awaited movie The Guernsey Literary and Potato Peel Pie Society will be showing at Luna Palace cinemas around Perth from tomorrow.

Based on the best-selling novel by Mary Ann Shaffer and Annie Barrows, it chronicles the enchanting story of Juliet (Lily James), a beautiful and charismatic writer who receives a surprise letter one day from Dawsey (Michiel Huisman) on behalf of his book club, the Guernsey Literary and Potato Peel Pie Society.

Intrigued by his letter, Juliet sets off to Guernsey and during her time there she discovers more than she bargained for, as the book club members recall the hardships of German occupation during war time, friendships made, and the complexities of death and grieving for loved ones.

Pop Aye is a film about a road trip that a Bangkok architect Thana takes to return his long lost elephant from childhood back to his rural home town.

Experiencing a midlife crisis, with his job turned sour, and his wife unhappy with him, he has a chance encounter with his elephant Pop Aye from childhood days.

Armed with only the company of his dear elephant, he takes a slow ramble back to his rural home town in the province of Loei. Along the journey, he encounters some interesting twists and turns, and meets some colourful characters along the way, each with their own stories to share with him.